October 2022 Market Activity
3
Active Listings
$0
Median Sold Price
$0
Avereage Sold Price
0%
List:Sale Ratio
Information deemed reliable but not guaranteed. Data courtesy of Intermountain MLS for the month of October 2022. * Intermountain MLS data updated on: 11/15/2022.
Living here is simple and convenient.
Perfect for urban living close to Downtown with amazing access to the Foothills and Greenbelt.
Not ideal for buyers looking for new construction. Most of Boise’s East End has already been developed, and the historic overlay means that remodeling and renovations can take some time. The homes here are older, with many build on cinder block foundations with knob and tube wiring. It’s proximity to the core of downtown means that there are some streets without sidewalks and certainly no culs de sacs.

East of Downtown Boise, the East End historic district resides between the foothills and the Boise River. It’s where I’ve made my home for the last 12 years, and I have no intention of ever moving. The sophisticated homes on Warm Springs Boulevard fan into a grid of streets named for presidents, while access to hiking trails, proximity to downtown and community feeling make it an ideal location for Boise home buyers. Think of the East End as a smaller, quieter cousin to the North End (link).

The East End was the first area outside of Boise City to see development. In 1863, newcomers rushed into the area when gold was discovered in the basin and Fort Boise was installed by the military. In 1890, a group of prominent Boise business men began a venture to drill for hot water near the penitentiary. When geothermal waters were discovered below ground, a series of subdivisions began development in the East End. Local banker C. W. Moore led the charge, building the first home heated by geothermal water in the nation on the corner of Warm Springs and Walnut Street. Many of Boise’s prominent families followed suit, resulting in a trend of elegant homes on large lots that define Warm Springs Boulevard.

Aside from the stately homes on Warm Springs, the homes in the East End are typically small. Early residents went for the craftsman bungalow style, while Queen Anne cottages and Mission Revival are sprinkled throughout the neighborhood. Many of the homes are also connected to geothermal heat via the Warm Springs Water District. There’s a historic overlay on much of the East End, as well. C.W. Moore’s mansion is currently being restored by a member of the Simplot family.

The East End’s lifestyle revolves around being outdoors. Between the Boise River and endless trails in the Boise Foothills, there’s space for hiking, biking, paddling and more. Our kids love to bike down to the Natatorium community pool or to the river and swing by the M&W market for slushies on the way home. We’re so grateful to have a local grocer in a time where those are few and far between.

The Military Reserve also offers miles of trails, as well as a bike skills park and archery range. We love to bike down to Kristin Armstrong Park for picnics, and take in live music at the Idaho Botanical Gardens. Just on the edge of the East End, Warm Springs Golf Course offers beautiful riverside golf, and the Table Rock trail has unbeatable views.

The East End doesn’t just offer immediate access to downtown. It’s also easily accessible to the highway, as well as to the backcountry. Rocky Canyon Road allows adventurers a less trafficked area of recreation, while Highway 21 to Idaho City is a gateway to the wilderness.

The schools in this area are excellent, as well. Roosevelt elementary school recently completed a remodel, while Adams is an excellent school. These feed into East and North Junior High Schools, and then onto Boise Senior High. 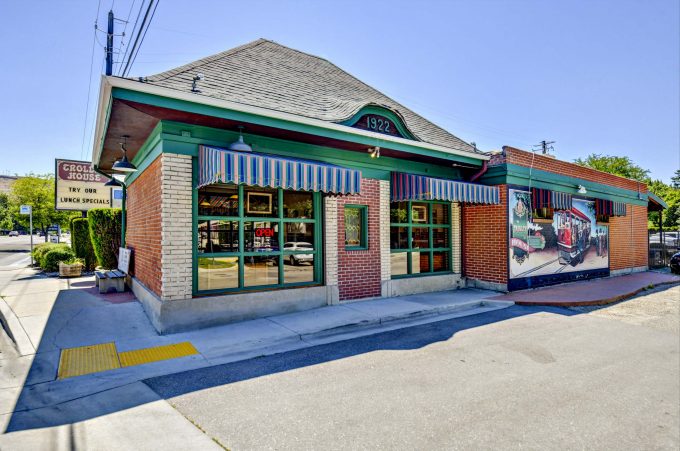